Could This be The Same Person? Vivien Goes from a Size 22 to a 12 with Kick start

Home » Press Releases » Could This be The Same Person? Vivien Goes from a Size 22 to a 12 with Kick start 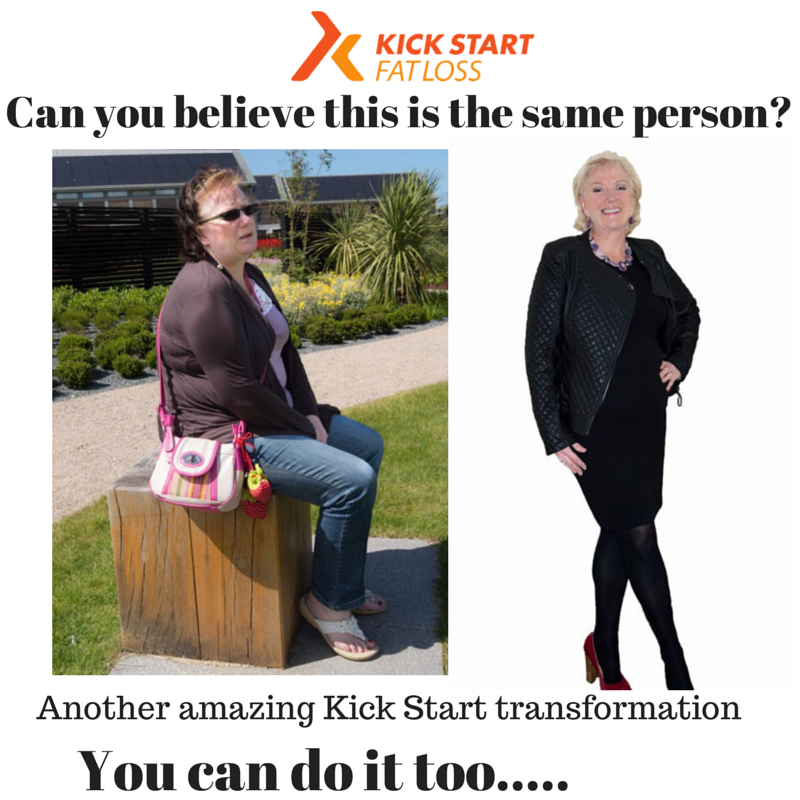 Vivien Elizabeth Carron Davies (55) knew she had to take control of her health and weight which had spiralled out of control.

“I felt unwell most of the time and could barely go up a flight of stairs without being exhausted.
I went to the doctors and had blood tests done. The results were not very good.  I had a fatty liver, high cholesterol and was pre diabetic.  I was already asthmatic.”  said Vivien, who works at a Tesco petrol filling station in Falmouth

The doctor recommended a 12 week free weight management course  and initially she lost a couple of pounds but then stayed the same, and within a month she had lost interest and was completely demoralised.

“I thought I had nothing to lose and went along to the open evening and she explained about hormonal fatloss and I enrolled that night.”

“Prior to Kick Start Fat Loss I could just about do a Zumba class.  Now I do PumpFX, Body Vive, HIIT, Liit.  I’ve also done Grit and am planning on doing much more.”

Before Kick Start Vivien described herself as  a complete carb junkie – she ate masses of sugar in all its guises.

A typical day was:
Breakfast-cereal, toast with jam and a cup of sweet tea
Mid-morning: sweet tea, biscuits, cake and crisps
Lunch: cheese sandwich, crisps, biscuits, chocolate
Mid-afternoon: cake, biscuits, chocolate
Dinner: usually a pasta dish with a jar of creamy sauce with lots of cheese.
She drank very little of anything.

The more sugary carbs you eat the more you tend to crave, which keeps people stuck in this carb overload and constantly gaining weight.

So what does Vivien eat now?

“Breakfast: grapefruit and a few nuts on work mornings, frittata with salad or cooked breakfast on non-work mornings
Lunch: cold meat and hard-boiled egg salad
Dinner: homemade burgers with sweet potato and green veg or another home cooked protein rich meal.
2-3 litres of water a day. No tea, and 1 cup of good coffee a day.”

Vivien says her mindset has changed completely; she understands why she was so overweight and now has the tools to maintain the amazing weightloss.

“I believe in KSFL.  It has changed my life. I totally love my new health, fitness and shape.
I went from a size 20 to a size 12.”

Since Kick Start Vivien has had blood tests carried out, and is happy to say everything is now normal.

“I want to help other people have the same sense of achievement  and health benefits, so I now run a KSFL Express class in Penryn and help Helen Tite run the Falmouth class.”

Looking at Vivien’s amazing before and after photos she doesn’t even recognise the person in the before pictures.

To Join Kick Start at The Core in Falmouth Contact Helen Tite http://www.thecore.uk.net/

Posted on September 24, 2014 by rachellholmes