55 year old Kick Start Fat Loss Member drops over a stone, a dress size and regains her confidence all in just three months 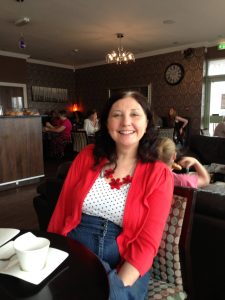 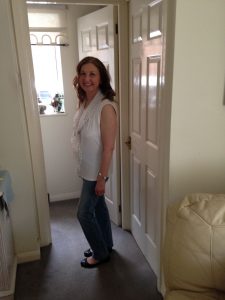 55 year old Kick Start Fat Loss Member drops over a stone, a dress size and regains her confidence all in just three months.

55 year old Angela Fuller from Hartlepool had always based her weight gain on hormones and a slow metabolism – the results of turning fifty five years ago.

Due to the demands of her job as a nurse practitioner, Angela would often succumb to sugary foods and snacks on a daily basis.

“During the stressful times in the past I could easily turn to the sweeties and biscuits which kind patients bring for a treat for staff.

Not great for diets.”

Since turning fifty Angela’s weight had fluctuated between 12 stone at her heaviest to 10 stone 7lbs at her lowest.

Despite attending the gym her weight loss was never sustainable. In February 2015 whilst attending her local gym Angela discovered the Kick Start Fat Loss Plan (KSFL) which was being ran by local instructor Helen Monkman.

Looking for a fresh start and some consistency Angela joined Helen and the Kick Start Plan where she quickly realized why her weight had yo-yoed.

‘In my head I was exercising and I thought my diet was healthy, plenty of chicken and fish and vegetables.

What I did not take into consideration was the extras such as sauces, pasta or potatoes, they just came with the meal, and of course dessert, which was always a must, even if I was full.’

In addition, she has dropped a dress size and her confidence has soared.

“Losing weight and keeping it off has been a great confidence boost, and enjoying the programme with its lovely recipes and group support has been easy and natural.”

Stress used to trigger Angela’s sugar habit where as now she hardly craves any. Angela has a much stronger understanding about nutrition and both its physical and emotional effects. Her weight loss has been steady and she has been amazed by how much her energy levels have increased.

Angela credits her success to the ongoing support she received from Helen as well as the inspirational and motivational emails from Kick Start Fat Loss founder Rachel Holmes.

The Kick Start Fat Loss Plan has given Angela fitness, health and huge increase in self esteem. ‘I have been widowed for 23 years, and I still remain single, something I am hoping will change in the near future with my new found confidence. Angela’s advice for those struggling with weight loss

1. Just start, stick with it and give it your all. The first couple of weeks are always the toughest but soon after you will realise it’s not a diet but a way of life.

2. Use the support and don’t be afraid to ask for help. The support and encouragement you get with Kick Start Fat Loss is second to none.

3. We are human so don’t obsess over the change just enjoy the process, and most of all the outcome.

You can find all the information on the Kick Start Fat Loss Plan including classes, nutrition and more at www.kickstartfatloss.net