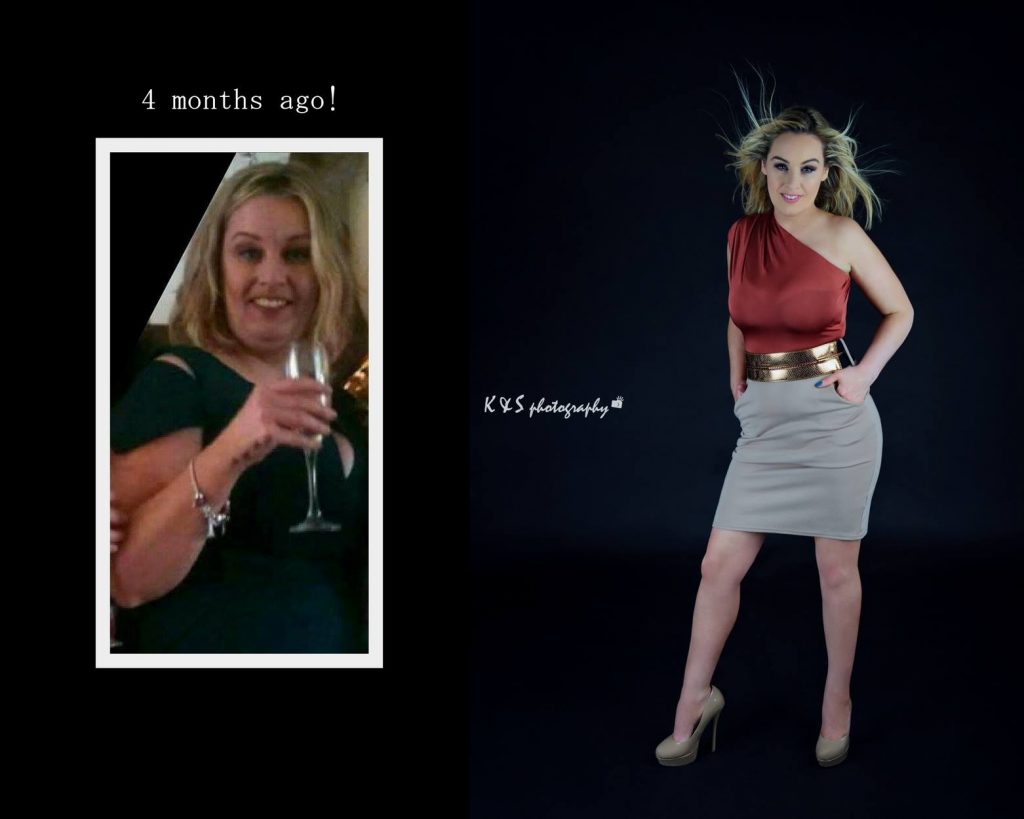 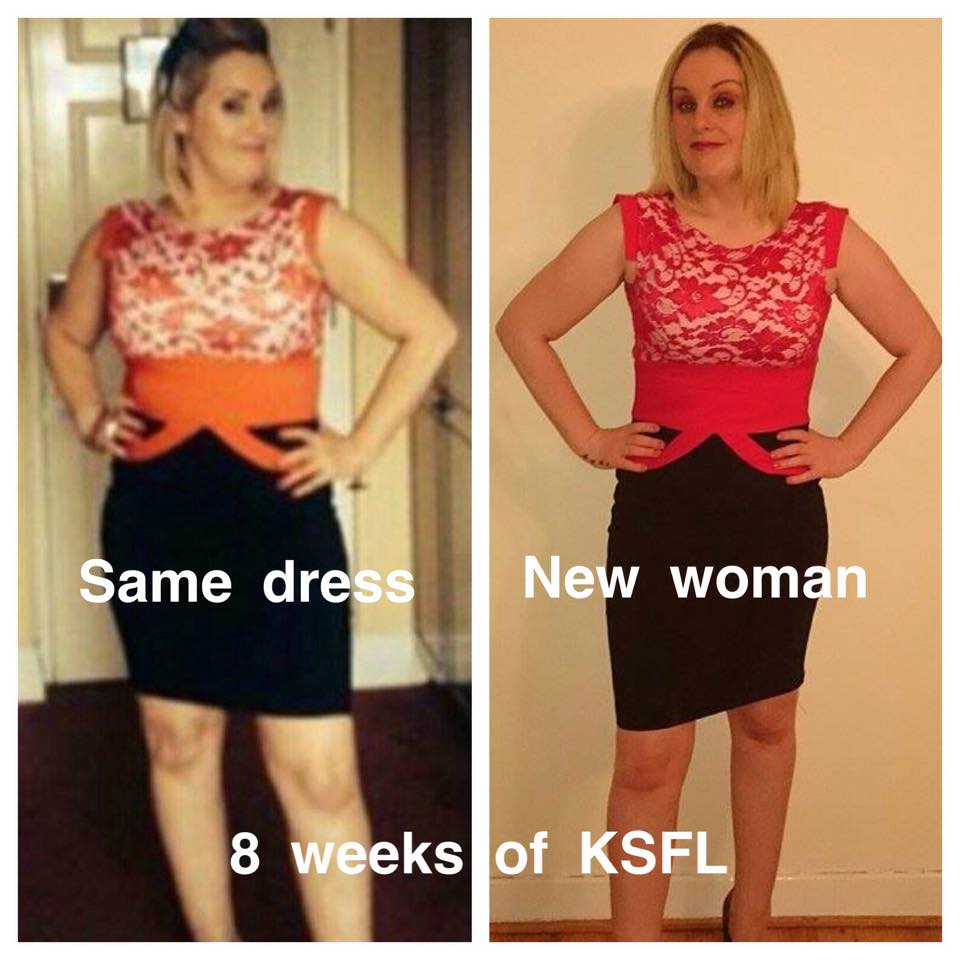 Chocoholic single Mum ditches the bloat and chocolate with KSFL

JoJo Reilly (37)  a single Mum with an 11 year old son, was feeling bloated, with no energy & down in the dumps about her weight.

Bumping into a friend who was  getting fab results with Kick Start Fat Loss with Laura Armarda Buch from LAB Fitness in Drogheda Ireland, JoJo was still unsure whether to join.
At that time JoJo’s typical diet included a cooked breakfast, sandwiches, Crisps and coke for lunch, followed by meat and chips for dinner.

PLUS she was snacking on  2-3 chocolate bars A DAY  and 2-3 packets of crisps.
After having little success at a national slimming club, JoJo had hurtfully been described as fat and lazy to her son and decided on New Years Eve that enough was enough.

It was time to join KSFL after her friend was raving about the programme so much.

JoJo started KSFL on the 6th January and has not looked back.

“I have to say I don’t feel bloated or swollen, I’m faster on my feet and not as lethargic.”

JoJo could not believe all the weight she was loosing,

whilst having heaps of energy, feeling full and not being tempted by chocolate.

“ I tried a Quality Sweet and found my taste buds had totally changed, the sweets are too sickly now and I have not picked up another one since.”

plans that include convenience and processed foods.

But when you understand why detoxing is so important to long term fatloss by cleansing the cells and the liver,

”What you can achieve is up to your state of mind – negative thoughts sabotage your progress. Be positive about what you can achieve and you will find a way. No one can do this for you but Laura can advise, take one day at a time and keep going even if up slip up.”

JoJo’s diet now consists of scrambled eggs with spinach or an omelet for breakfast.

Lunch and dinner is meat/fish and loads of veggies,

“KSFL Is not a quick fix but look what you can achive in 8 weeks. If I can do it then anyone can”