Table Salt vs Sea Salt what is the difference?

Home » MOTIVATION & SELF LOVE » Table Salt vs Sea Salt what is the difference?

There is so much salt on offer in the shops it can feel like a minefield. Sea Salt, Rock Salt, Table salt… the list goes on. 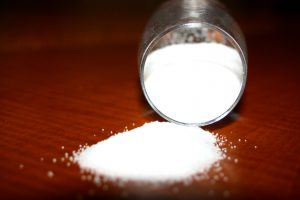 Traditional “table salt” is extracted from the rocky under layers of the earth through salt mining. Once mined, it’s taken through chemical and high-heat industrial processing that removes all of the valuable trace minerals except for sodium chloride (NaCl). This high heat processing can alter the chemical structure of the salt, and strips away all of the minerals it existed with in nature.

Anti caking agents are then added, potassium iodide is also added to a majority of refined salt products and finally bleaching agent to restore the end-product to a “natural” white color… nasty right?!

So what is the difference in sea salt?

There are many conventional processed salts listed as “natural sea salt” that are still highly refined just like table salt. A great rule to go by is… if it’s pure white, and made by the same people who make table salt, it’s been highly processed and isn’t real sea salt.
Unrefined sea salt is harvested by hand from ancient sea beds or by evaporating sea water. They contain 60+ trace minerals which gives the salt a pink or greyish color, and a stronger flavour. The most popular varieties include Celtic Sea Salt from the oceans in France, Himalayan Pink Salt from ancient sea beds in Pakistan, and Redmond RealSalt from ancient sea beds in the United States. There is “less” sodium in these salts because depending on the variety, they contain around 85% sodium chloride and 15% trace minerals. Far more natural and better for you!

We suggest Pink Himalayan sea salt as it is some of the purest available plus it tastes fantastic. This is available from amazon or most supermarkets.

Hear more about KSFL near you! Rachel Holmes is on tour delivering the most up to date nutritional information and answering all of your questions… these events are free and we would love you to come along!

See the dates below and for more information CLICK HERE 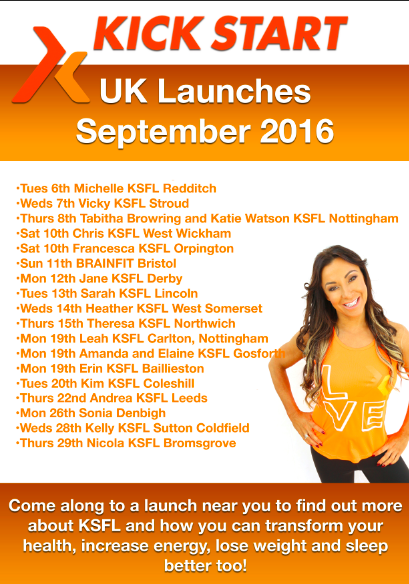 Posted on September 14, 2016 by rachellholmes